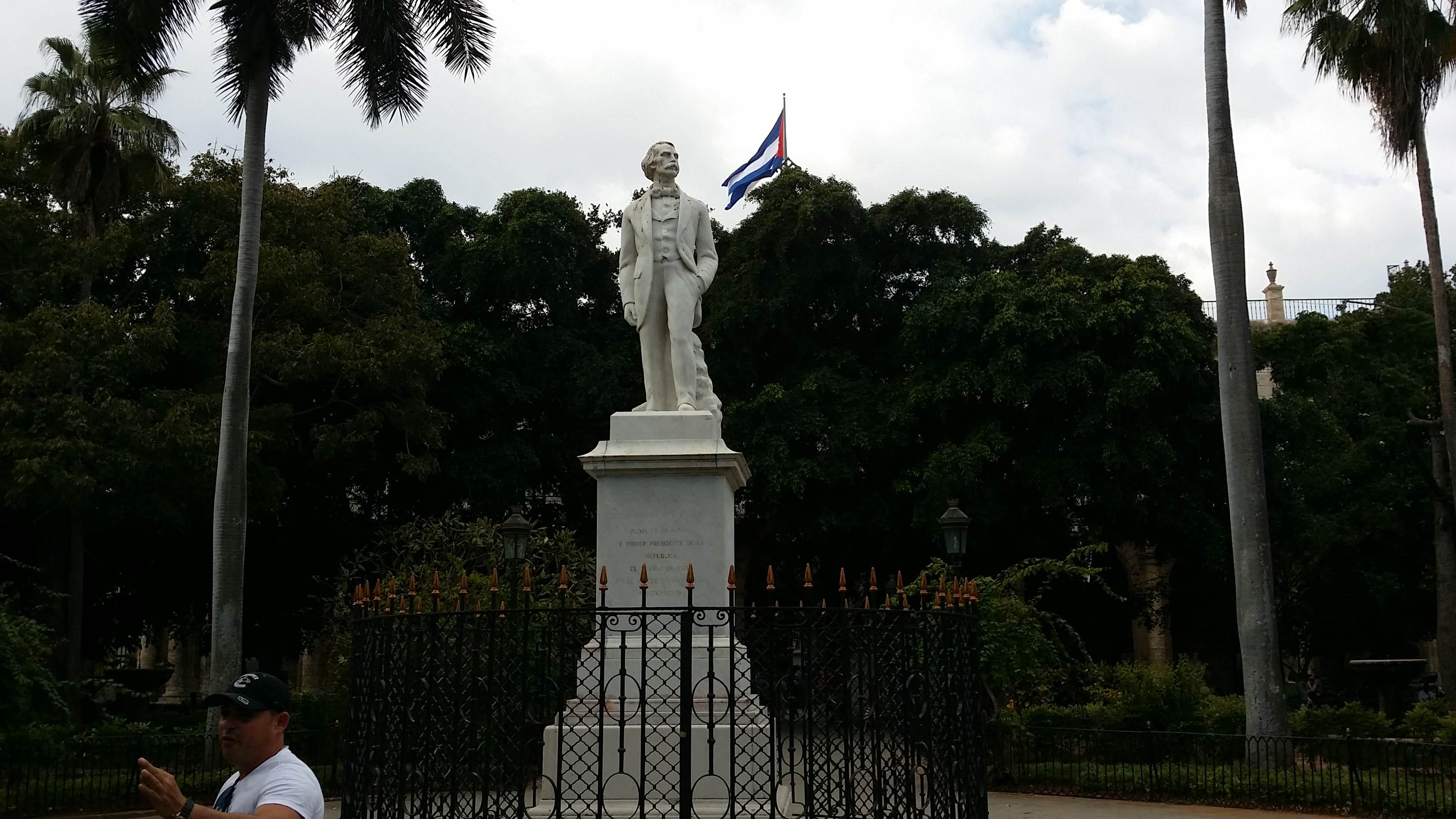 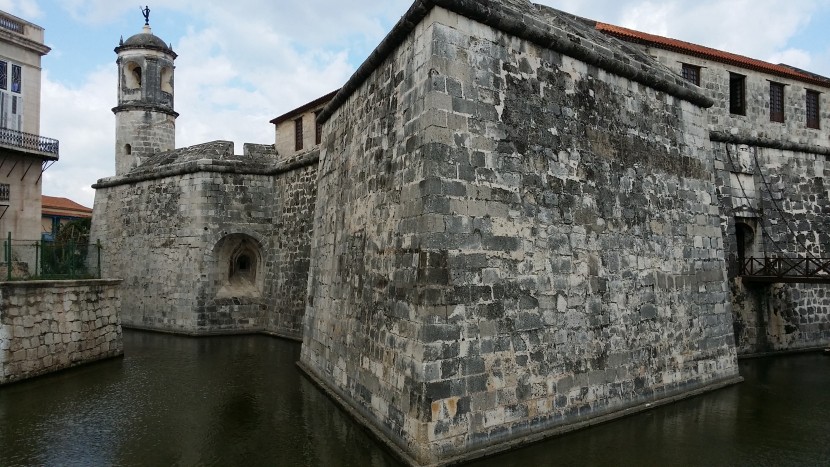 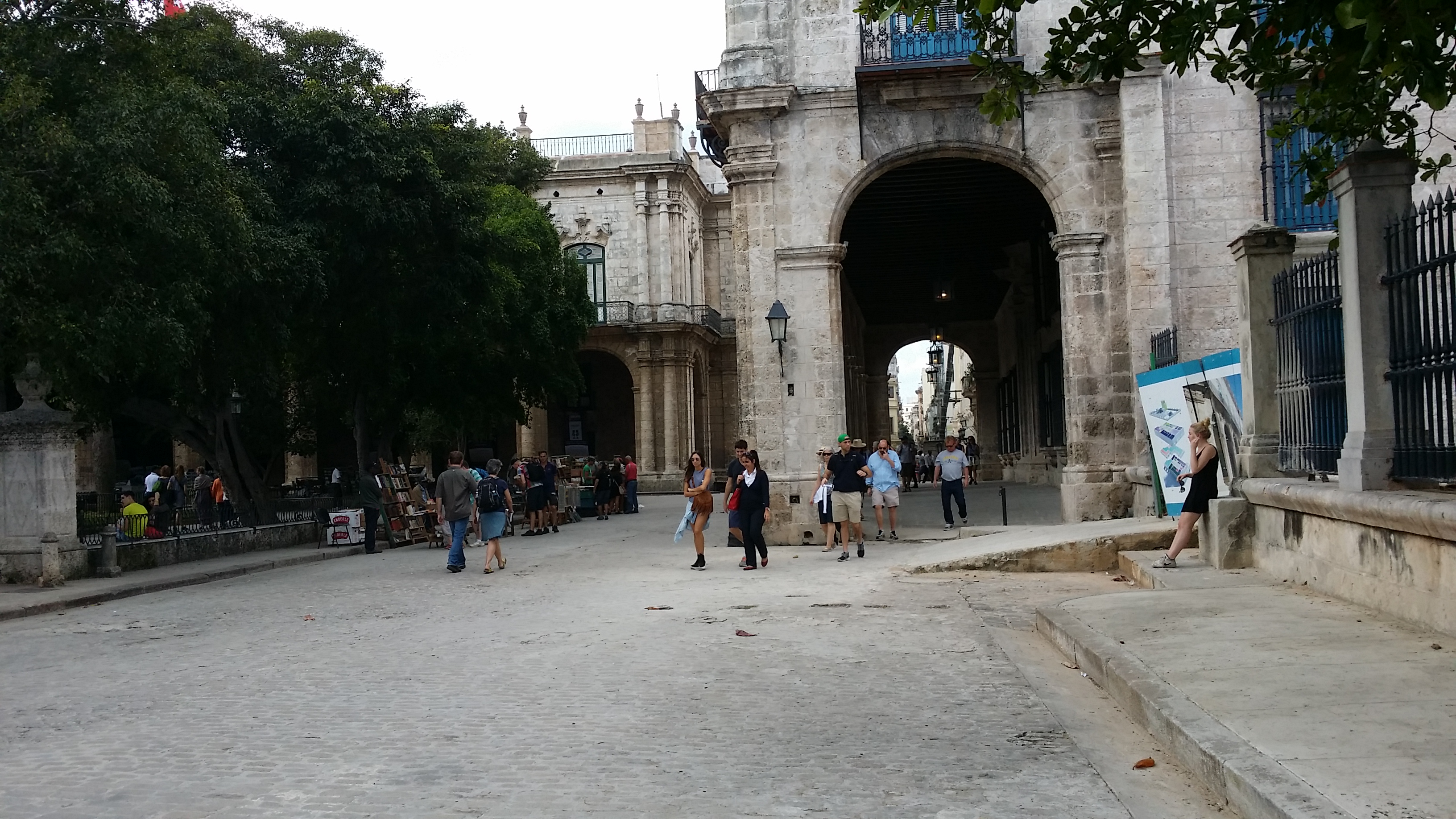 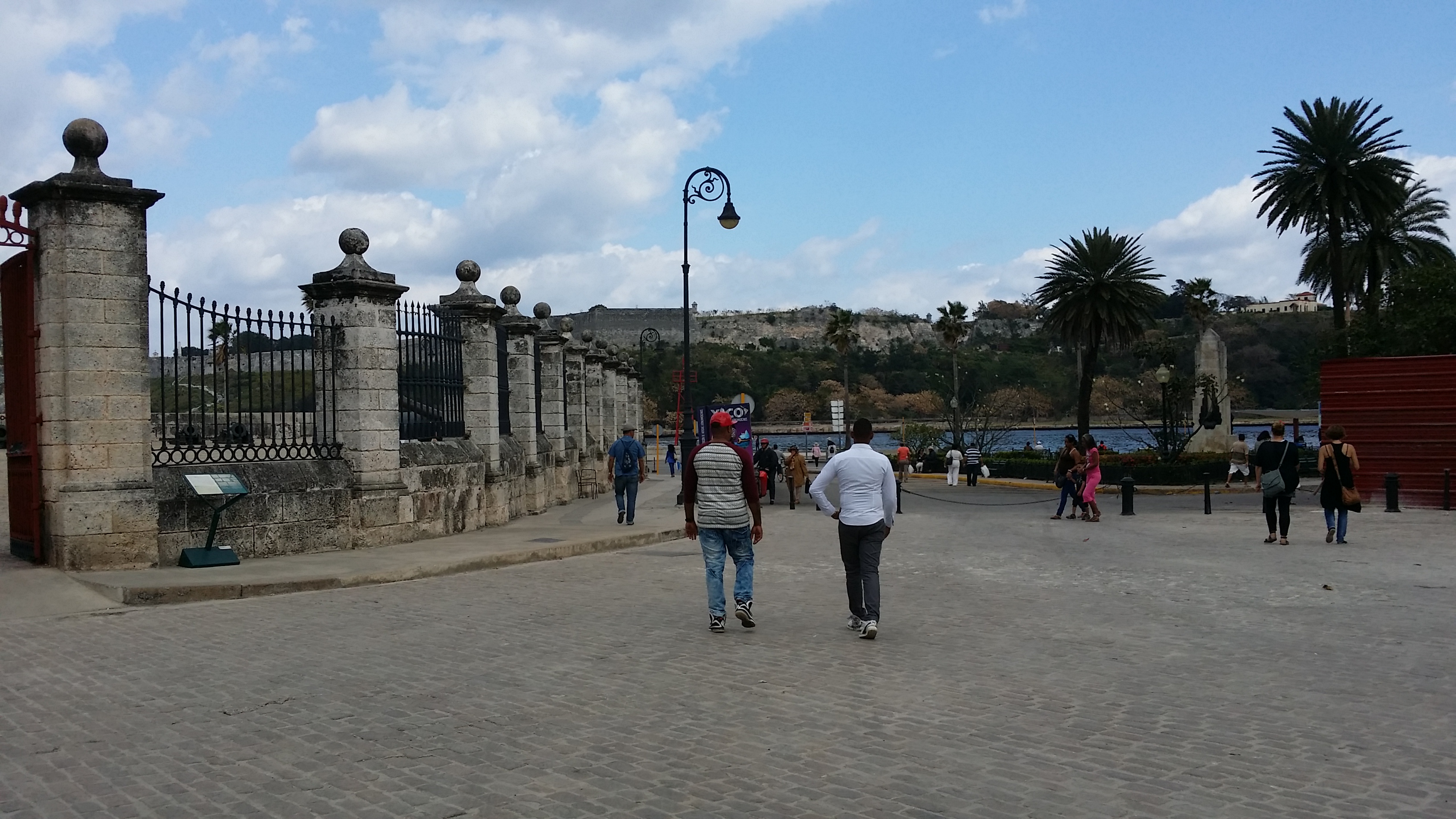 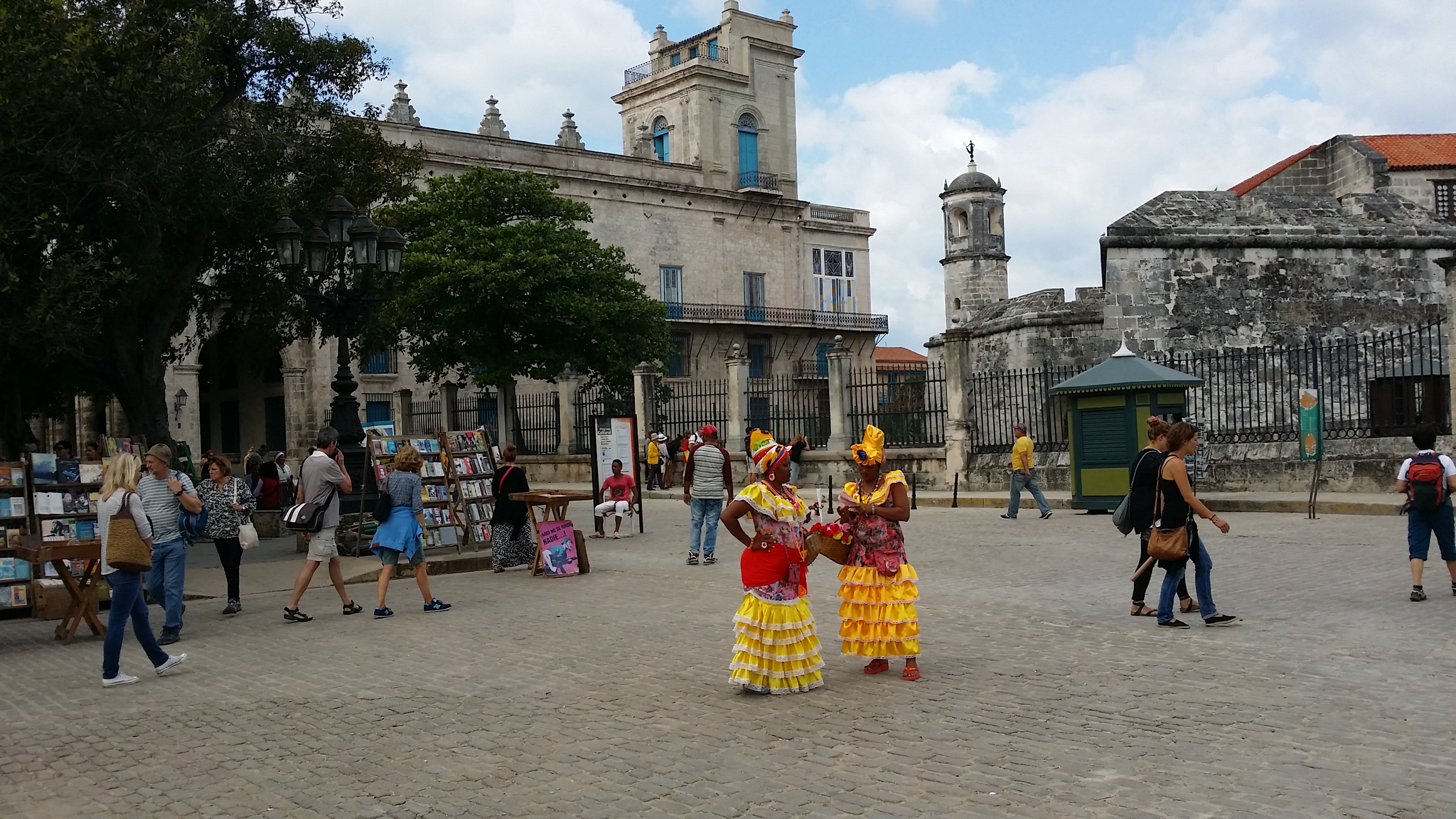 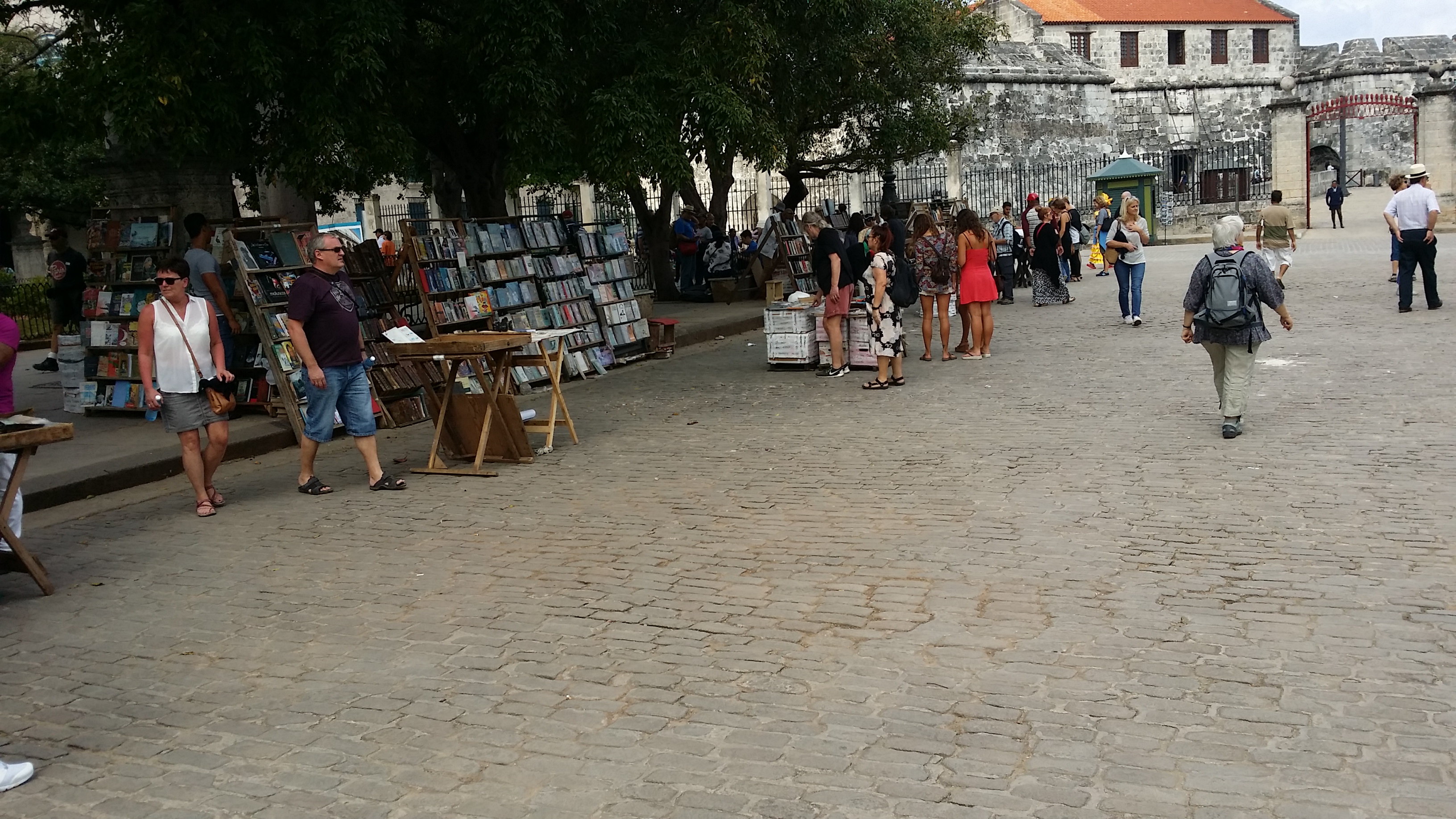 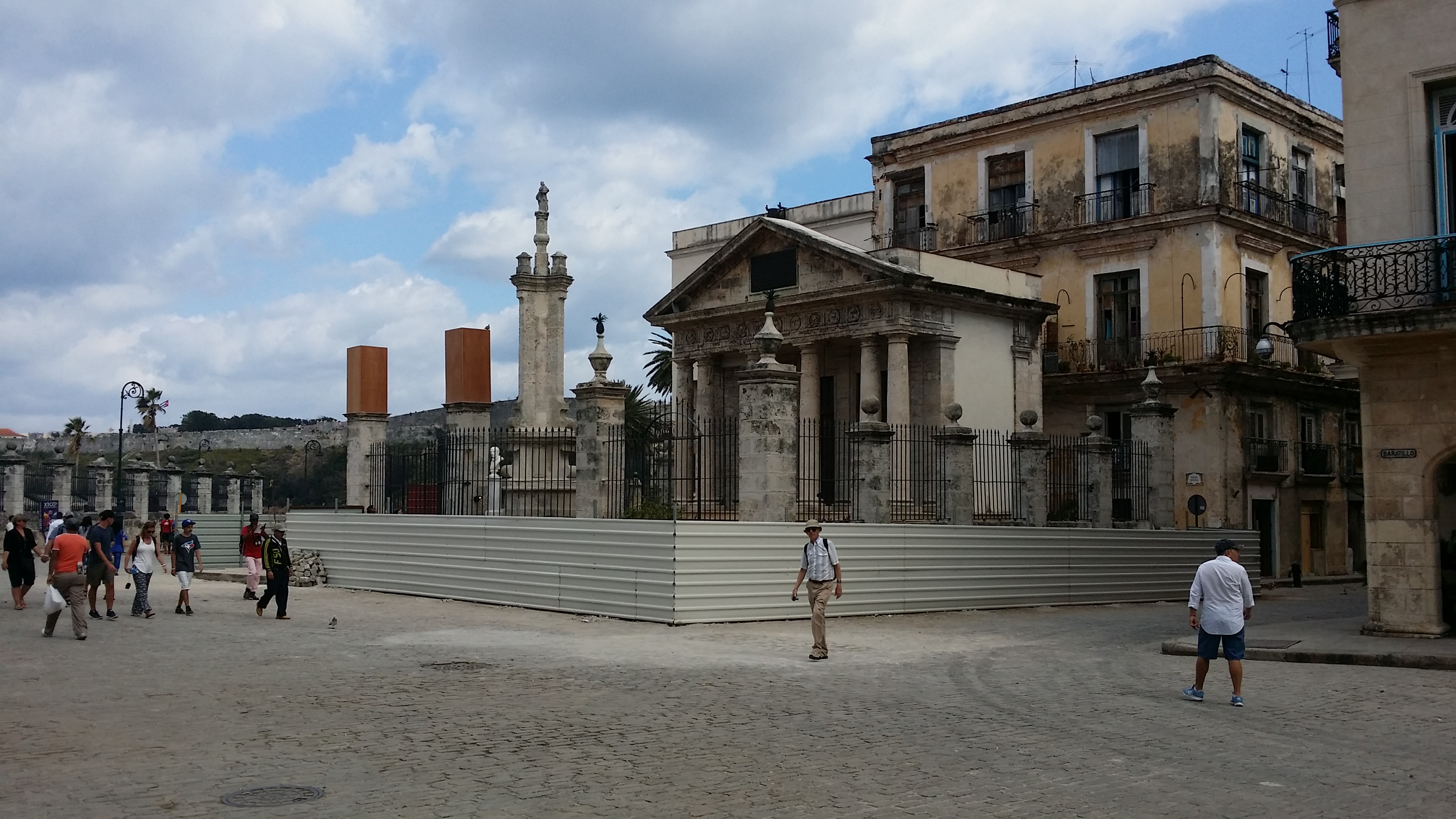 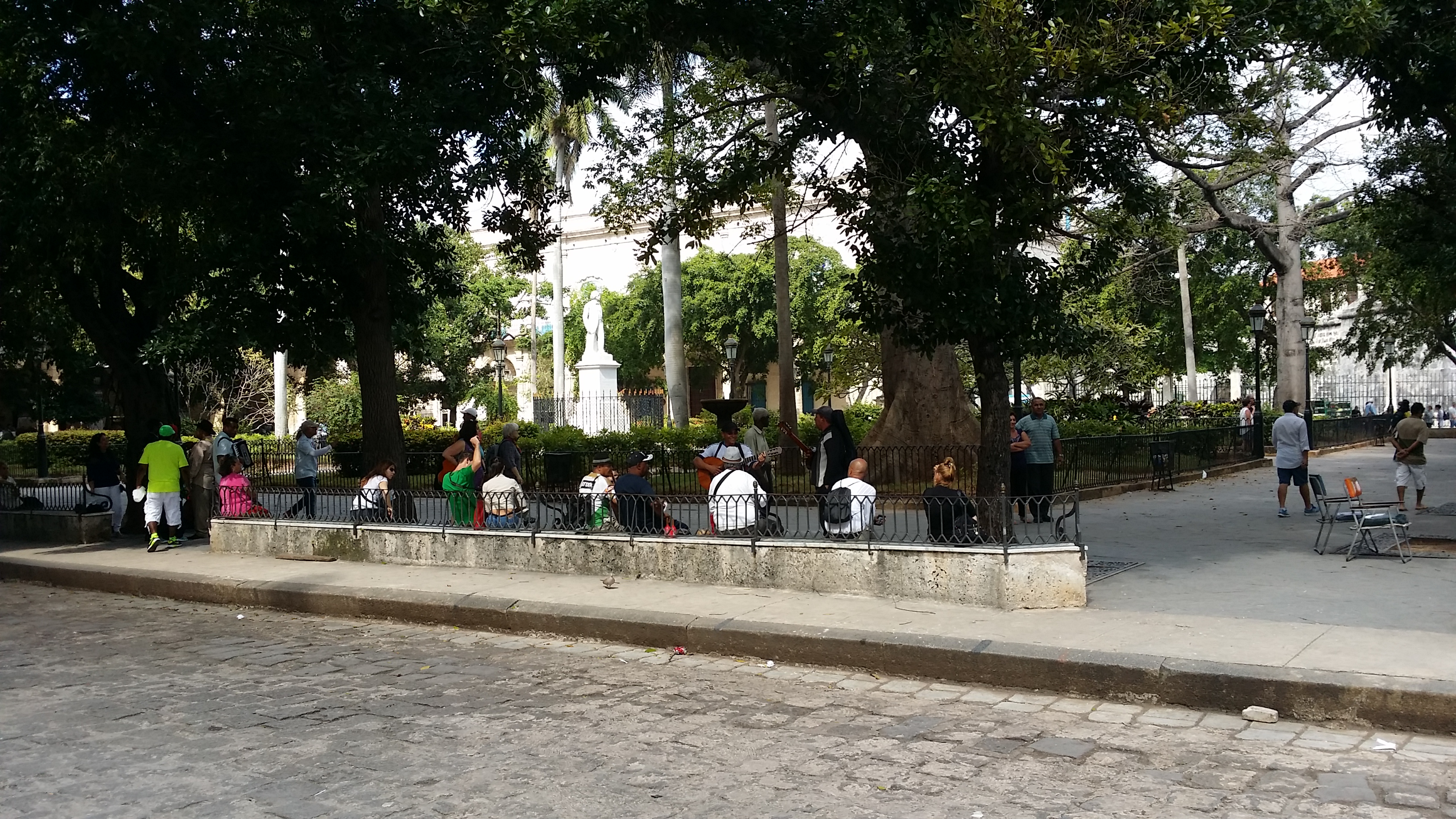 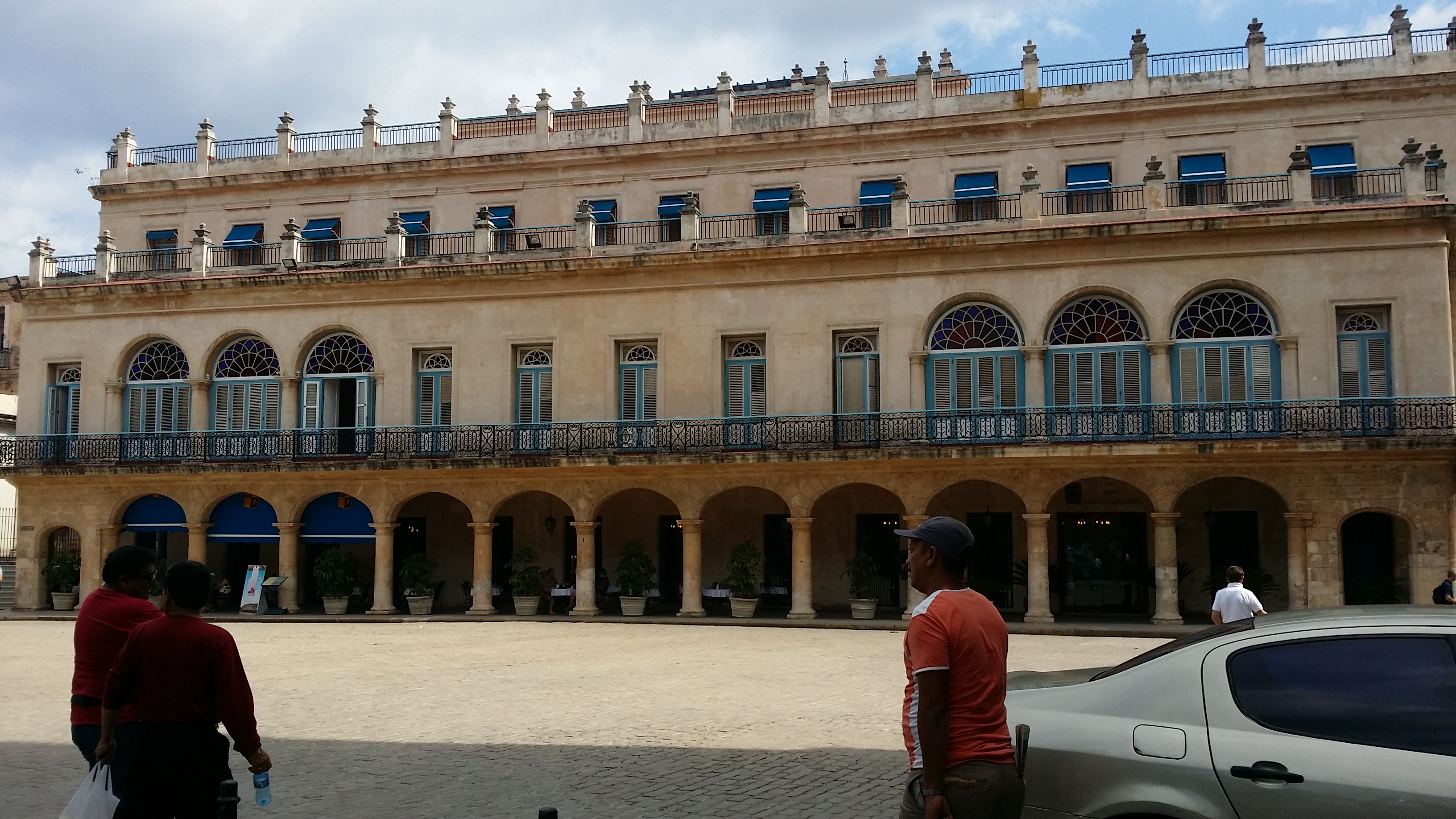 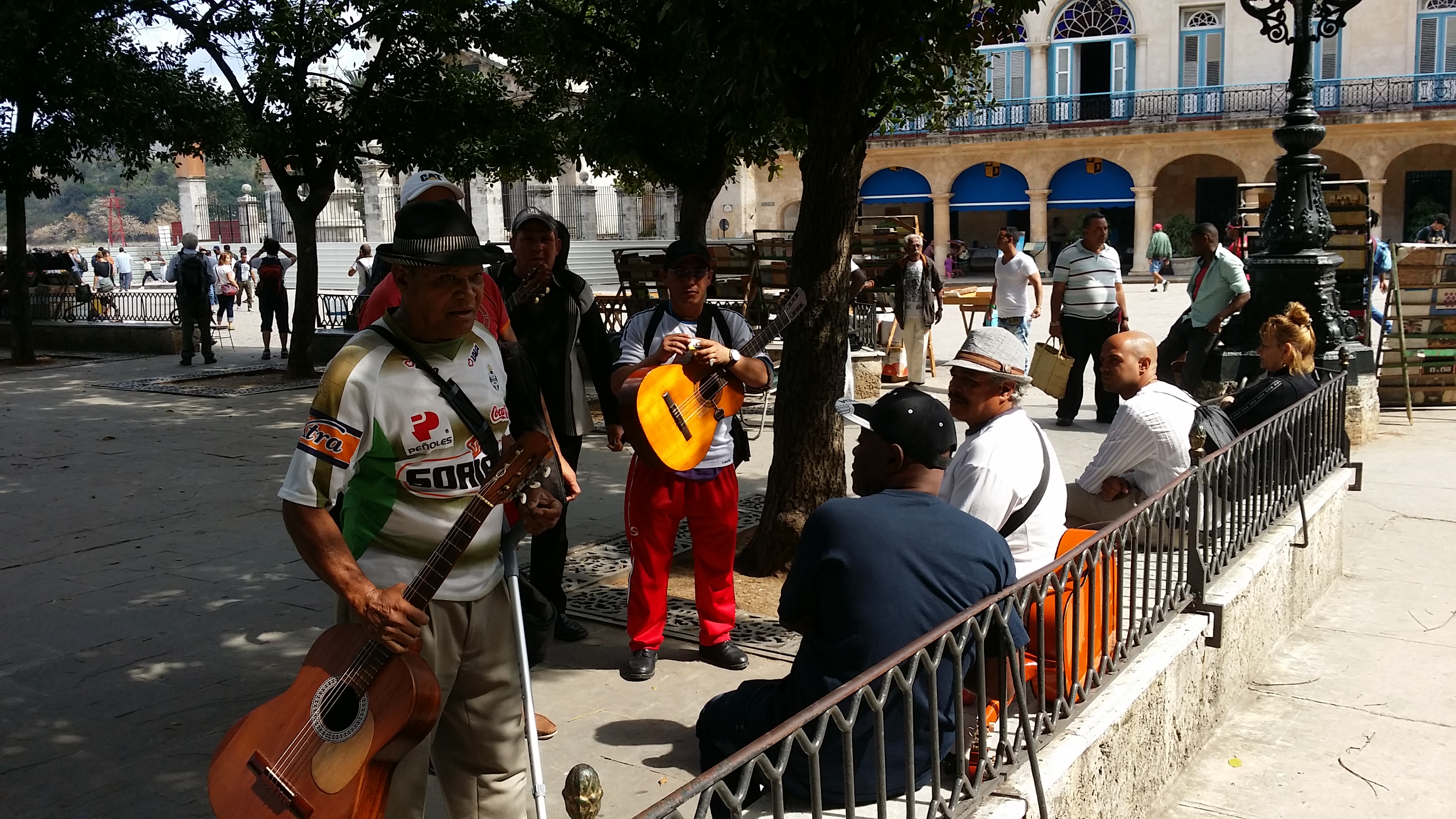 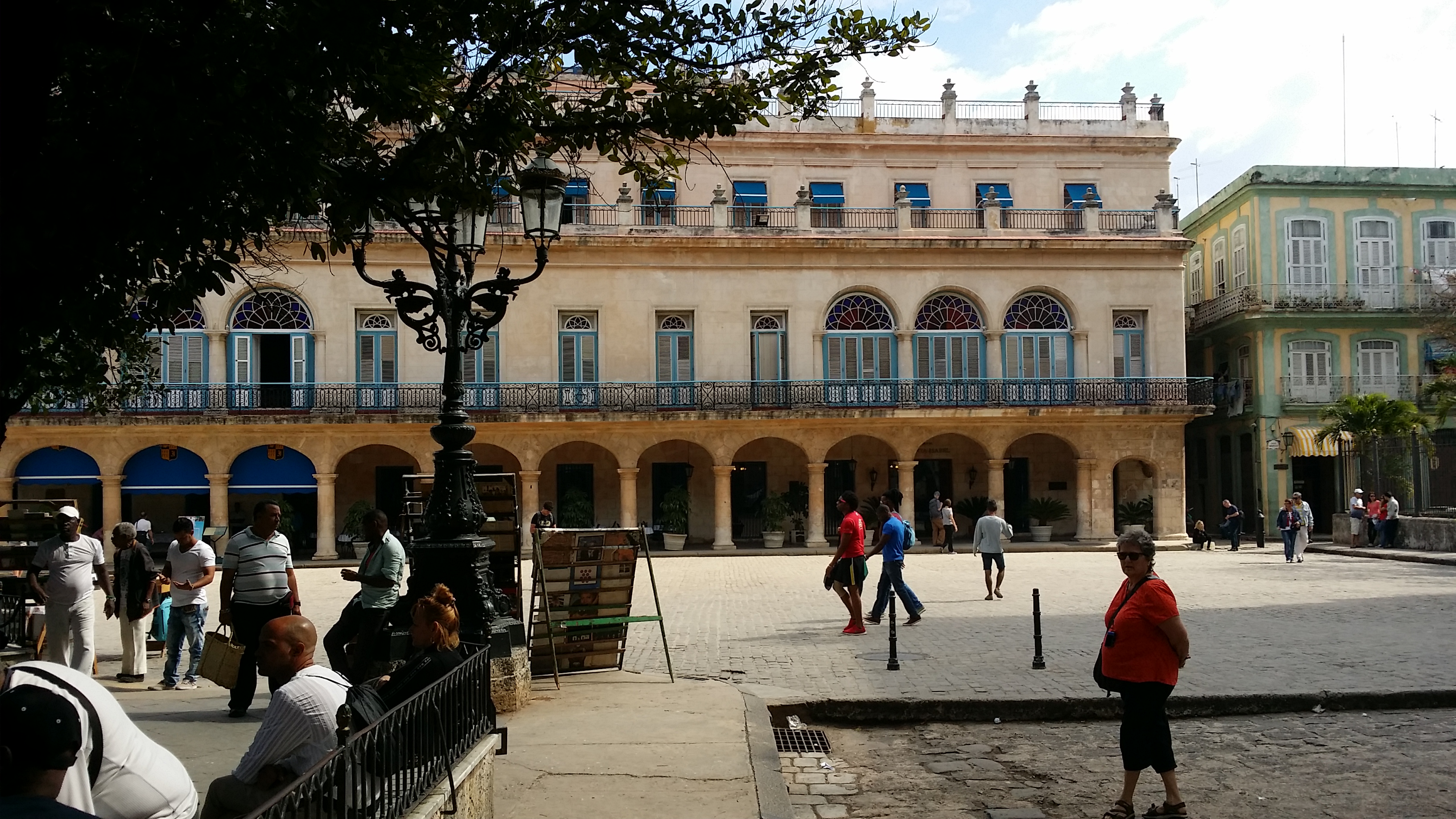 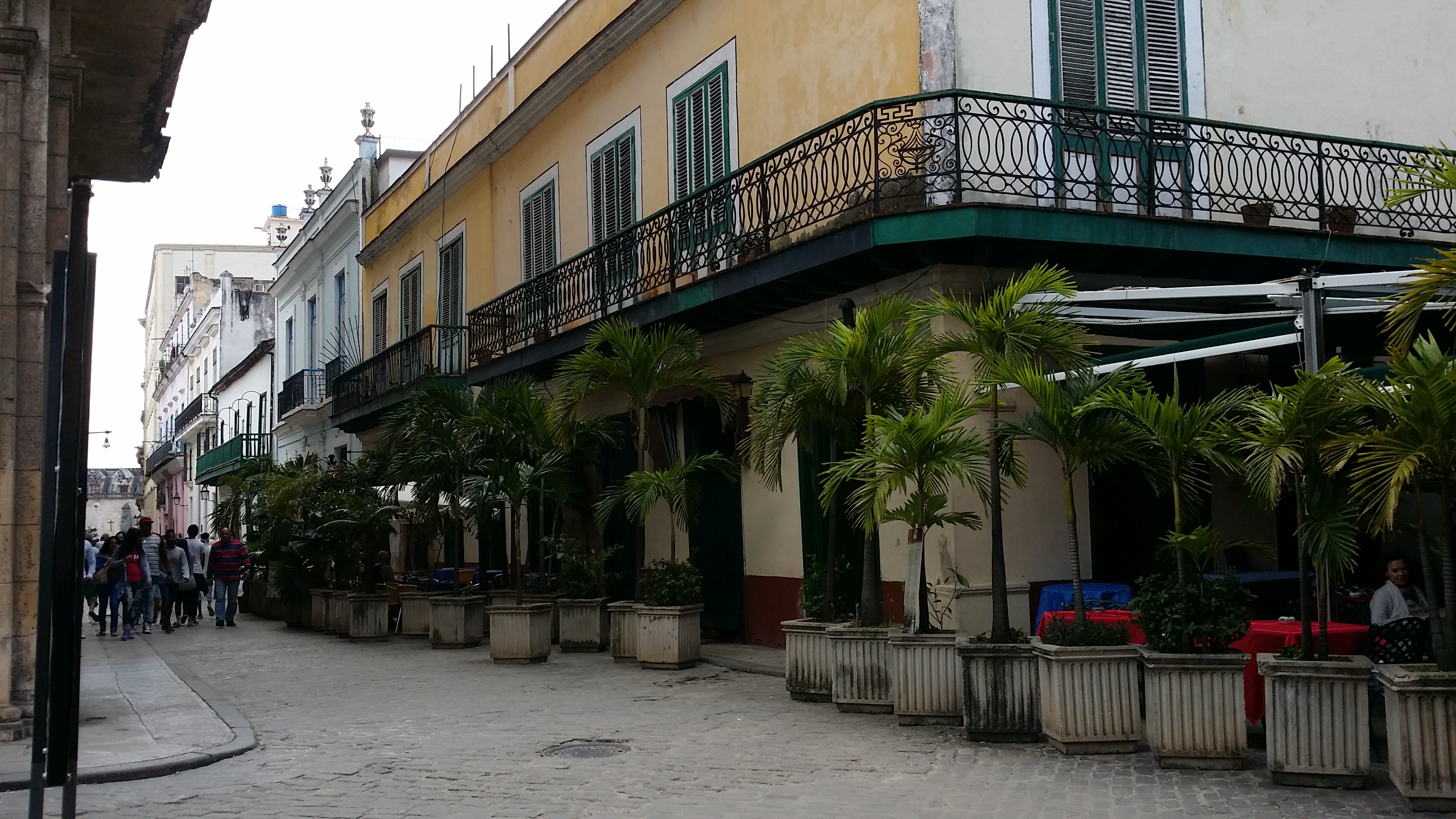 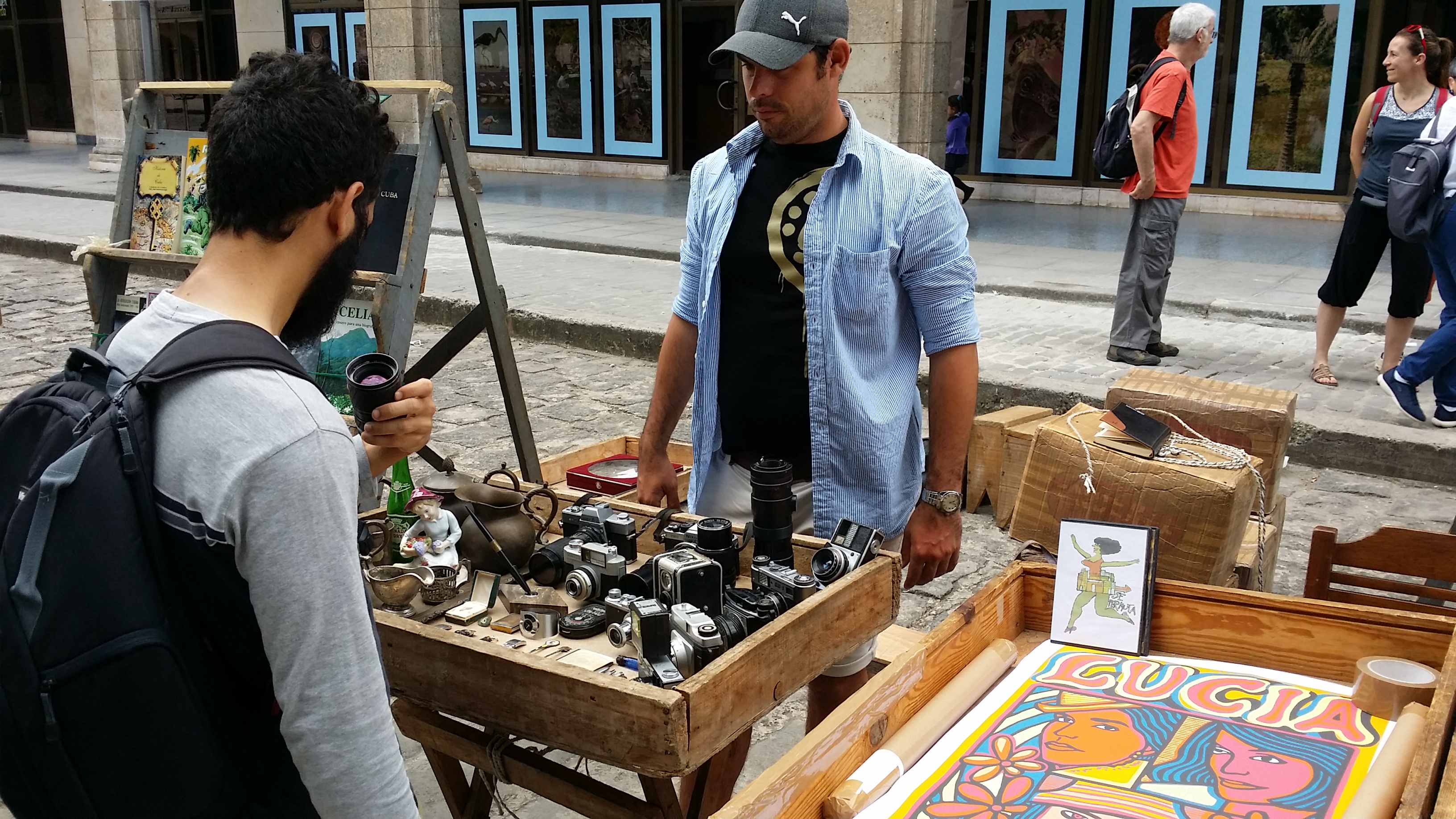 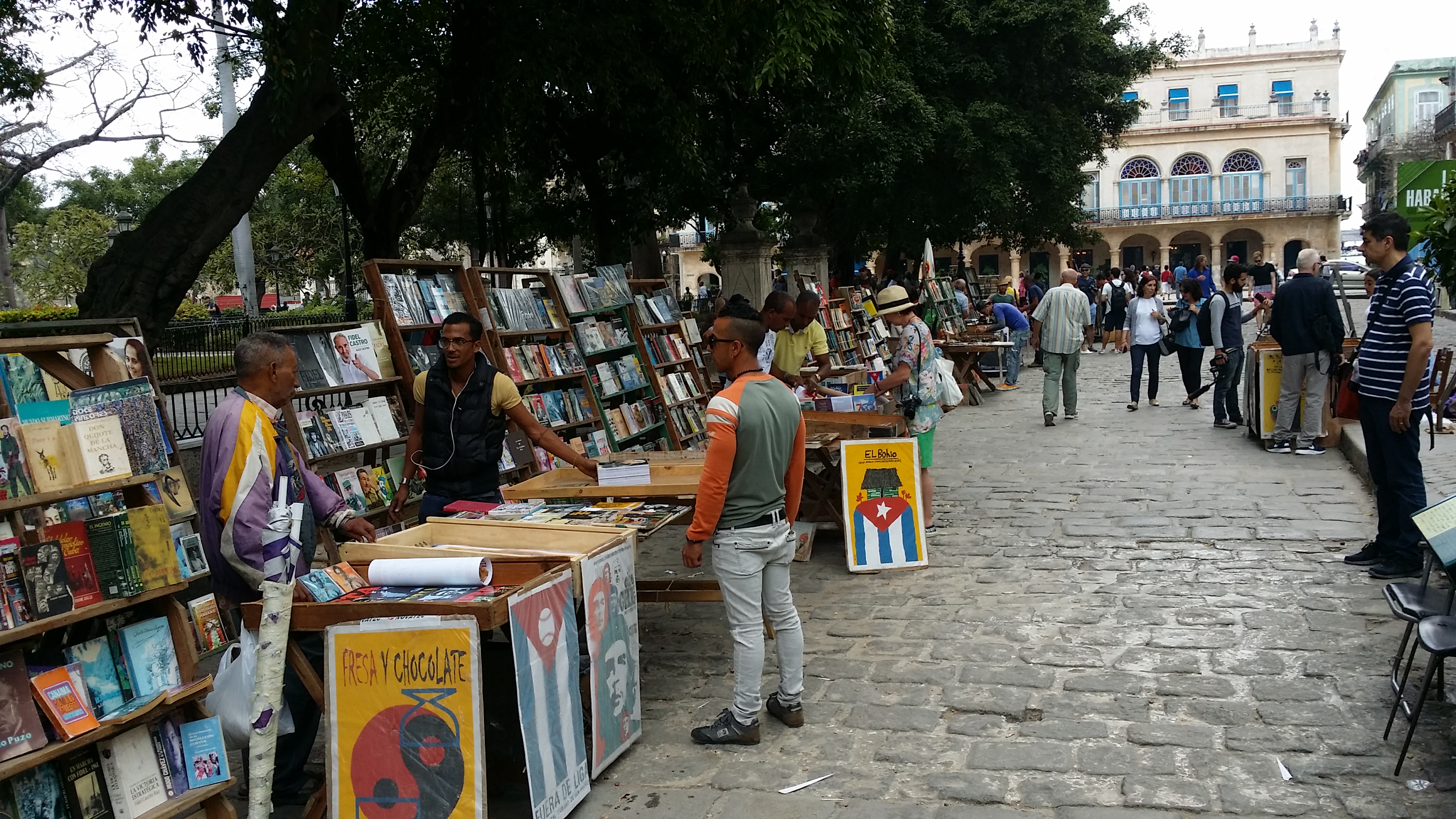 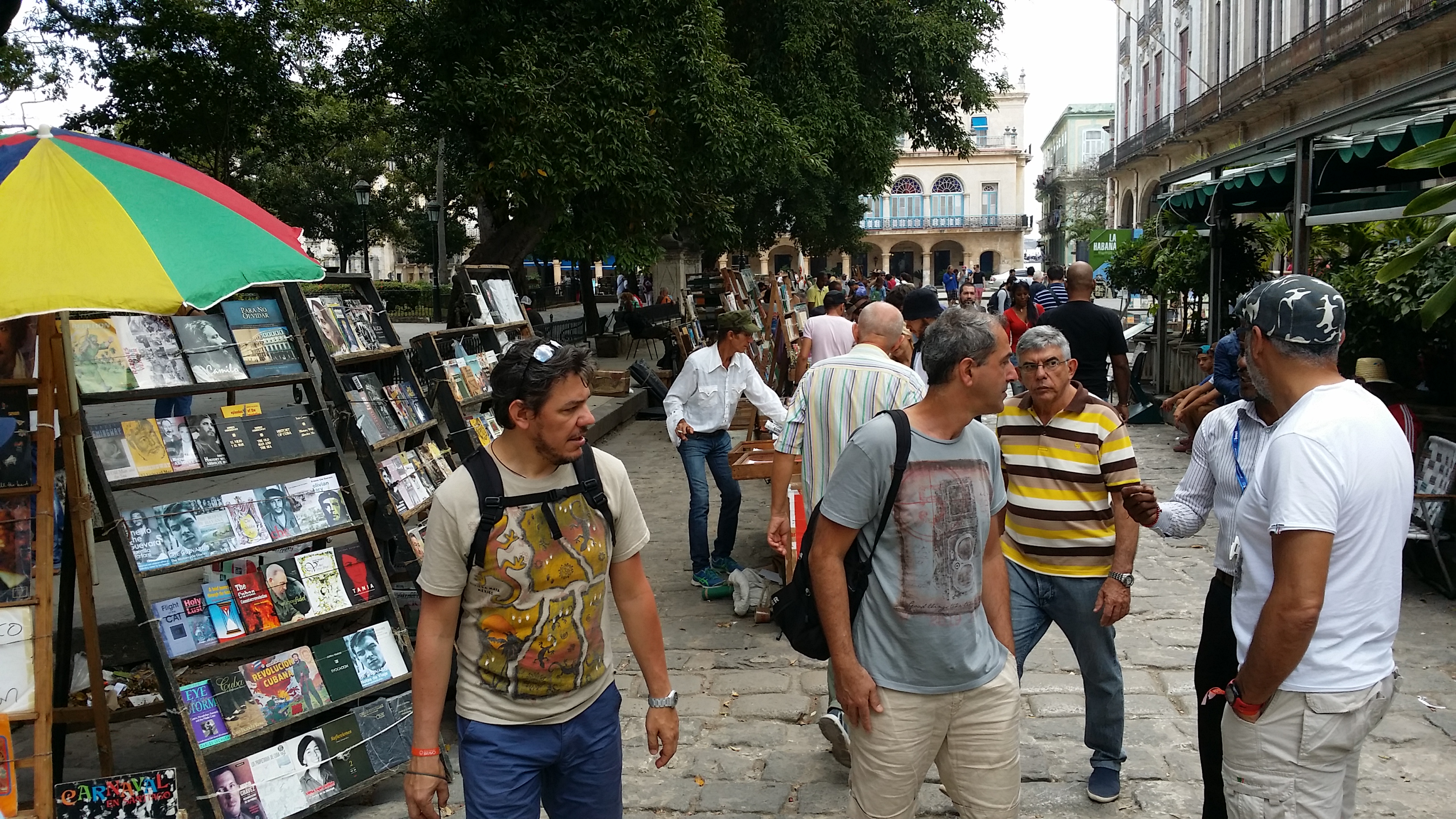 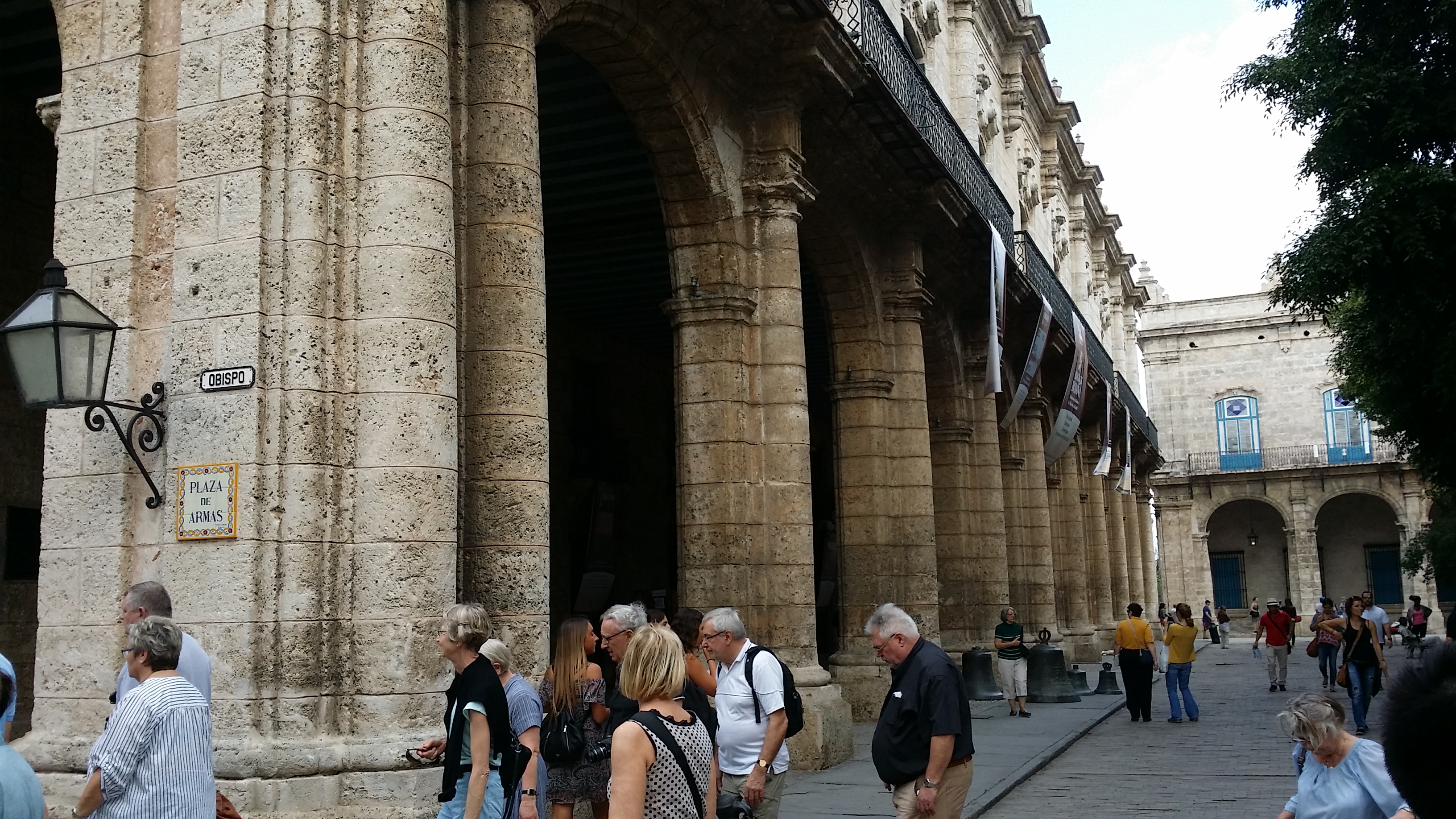 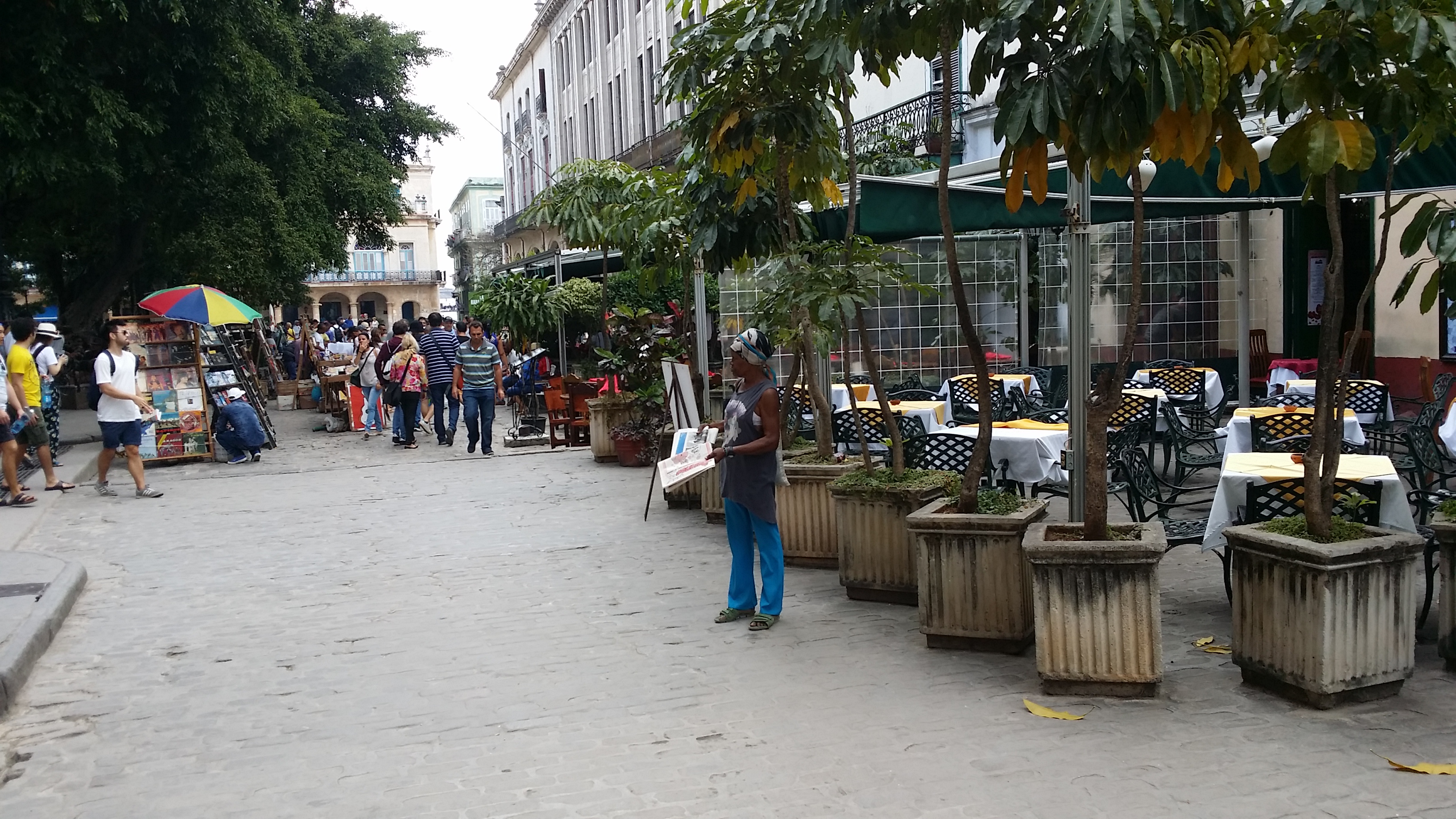 The first known public square of Havana was located on the spot that, later on in the 16th century, was occupied by the Castillo de la Real Fuerza. To place it, they took an adjoining lot to the south where at the time there was some poor housing. Some acts from that period (between 1559 and 1577) consign that the square was large, clean and that it was known as Plaza de la Iglesia (Church Square) because it was next to the Parroquial Mayor (Main Parish Church).

Unlike what the neighbors expected of their plaza –of it being a place of amusement and social interaction– its vicinity to the Castillo de la Real Fuerza led Diego Quiñones, keeper of the fortress, to make it into a maneuver ground in 1584. From that time on the frequency of military exercises made the people call the square, Plaza de Armas (Parade Ground) as it came to be known.

In May, 1828 the Templete was opened to a side of the Plaza. Around that time the ground of the surrounding streets was leveled by the laying of the San Miguel’s Flagstones, in order to avoid the bothersome pooling of rainwater. In July, 1834 the Count of Villanueva unveiled a statue at the center of the plaza to honor the memory of the King Fernando VII. It was carved by the Spanish artist Antonio Sola.

In the second half of the 18th century, when the Field Marshal Felipe Fonsdeviela, Marquis of the Tower, took charge of the government, the Plaza de Armas experienced a change for the better. The marshal, worried by the lack of public promenades, street paving, decent government and town houses, and jailhouses, began the construction of a building that comprised three functions: chapter house, governor’s residence and jailhouse. So the Palacio de los Capitanes Generales came into existence, nowadays the Museo de la Ciudad (City Museum) and home to the City’s Historian Office. Next to it the Post Office (Palacio del Segundo Cabo, at present Cuban Institute of Books) was built in a slightly baroque style. The blueprints for this area were drawn by Antonio Fernández de Trebejos, native of Havana. In the coming years fountains, street lamps, stone benches and shrubs were added to the plaza. Chronicles of that time show the plaza as a charming, aristocratic place, where well-dressed men and women used to meet to socialize.

Over time, the plaza fell into decline. It wasn’t until 1935 that the prestigious architects Evelio Govantes and Félix Cabarrocas drafted projects that involved the recovery of the plaza as it could be seen on engravings of the time. So they gave back to the plaza the military appearance it had in 1841. In February 27, 1955 at the request of some Cubans, the statue of Fernando VII was replaced with one of Carlos Manuel de Céspedes by the Cuban artist Sergio López Mesa. Since 1923 the official name of the plaza is that of this Cuban patriot.