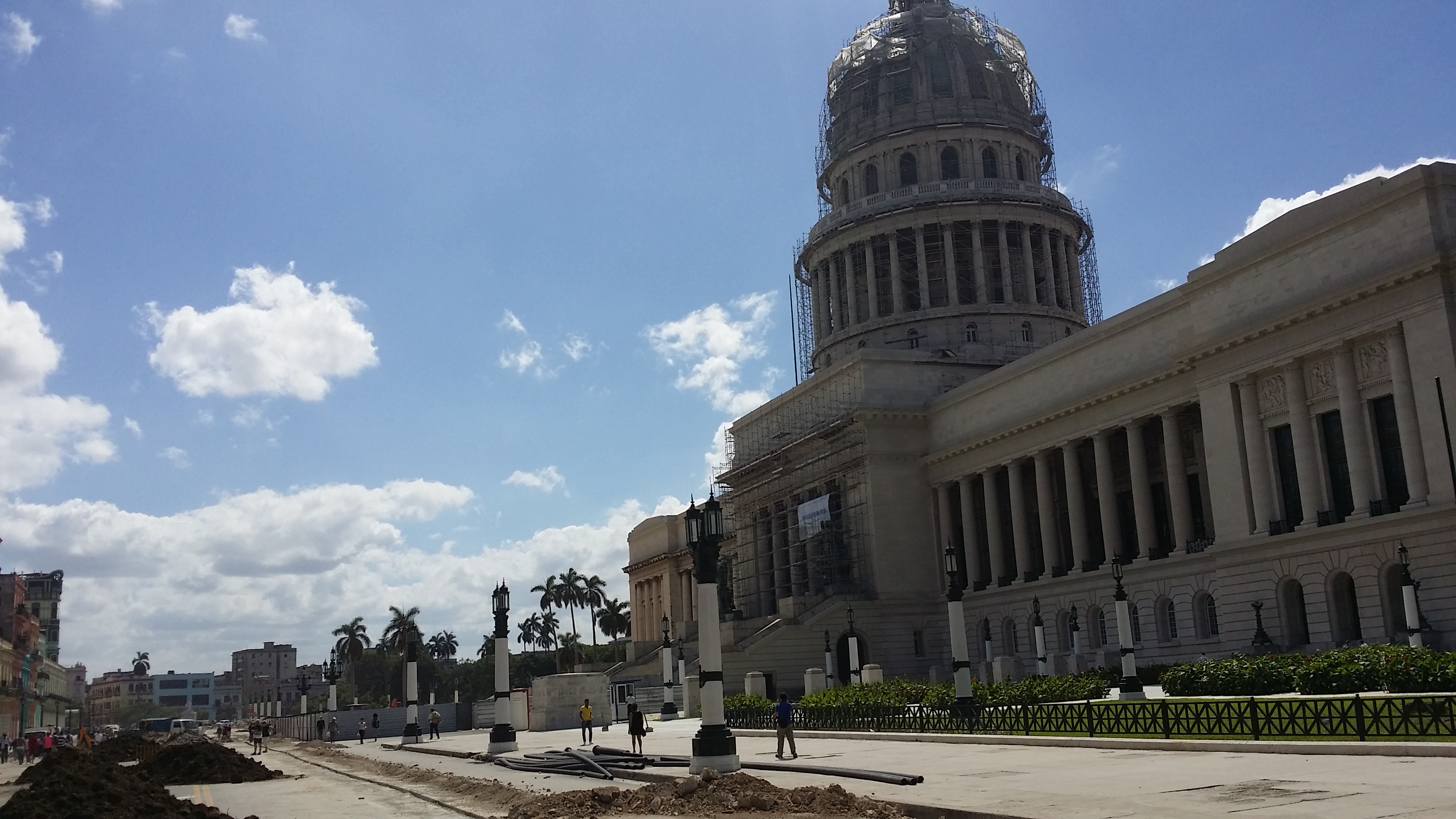 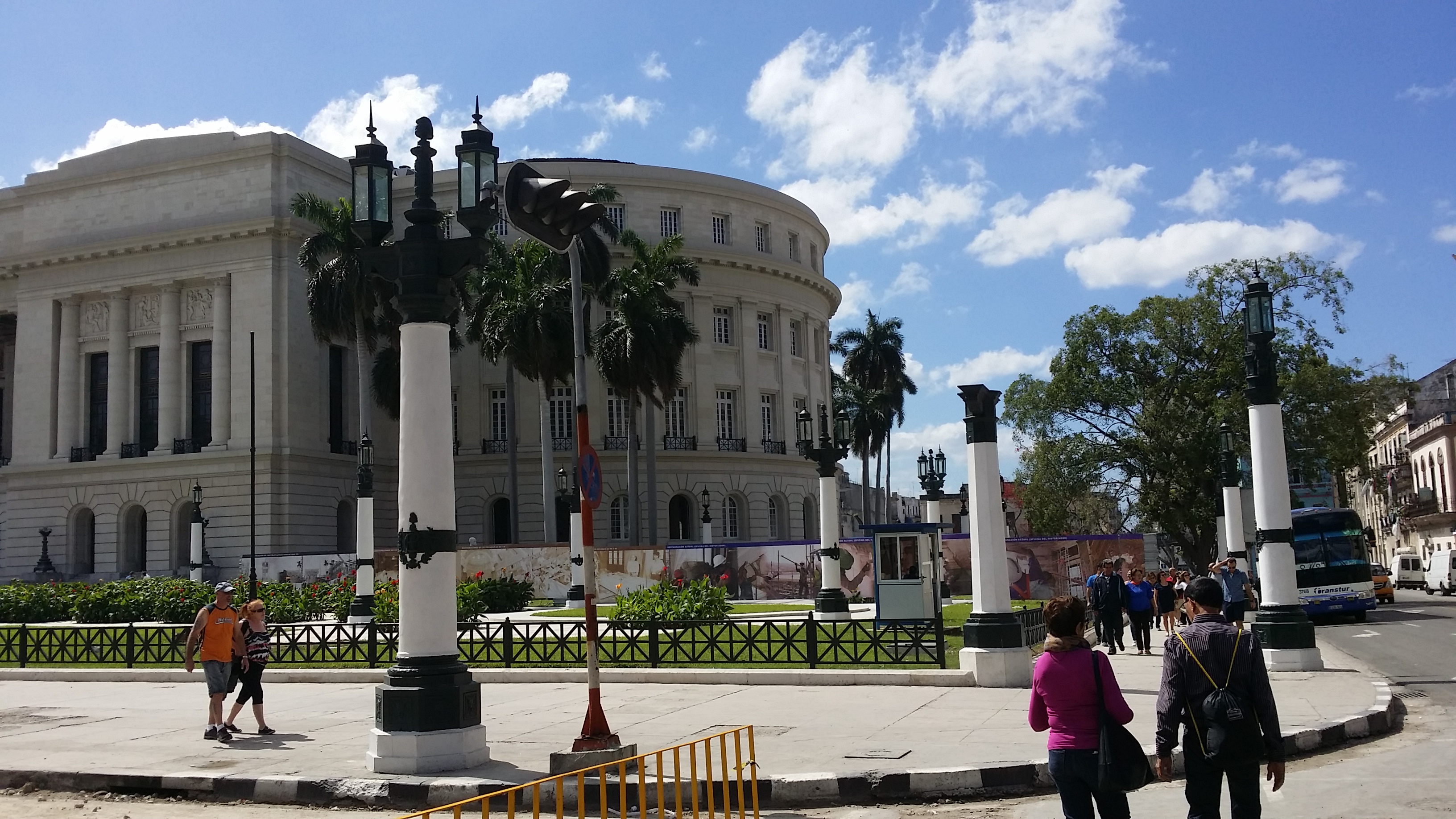 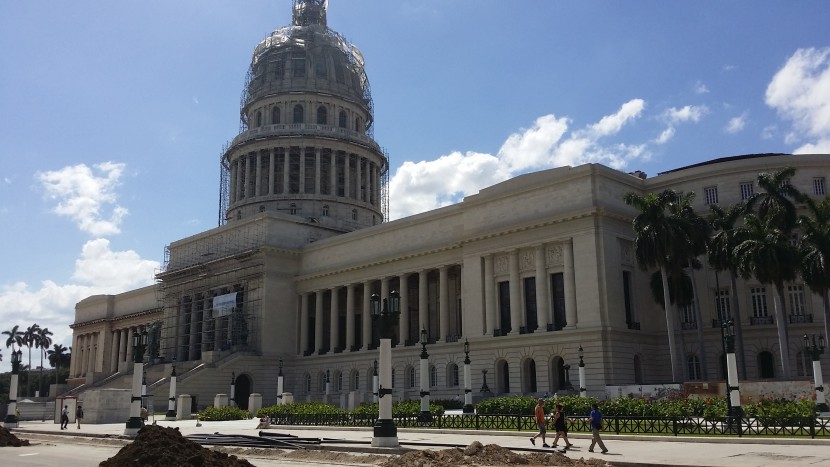 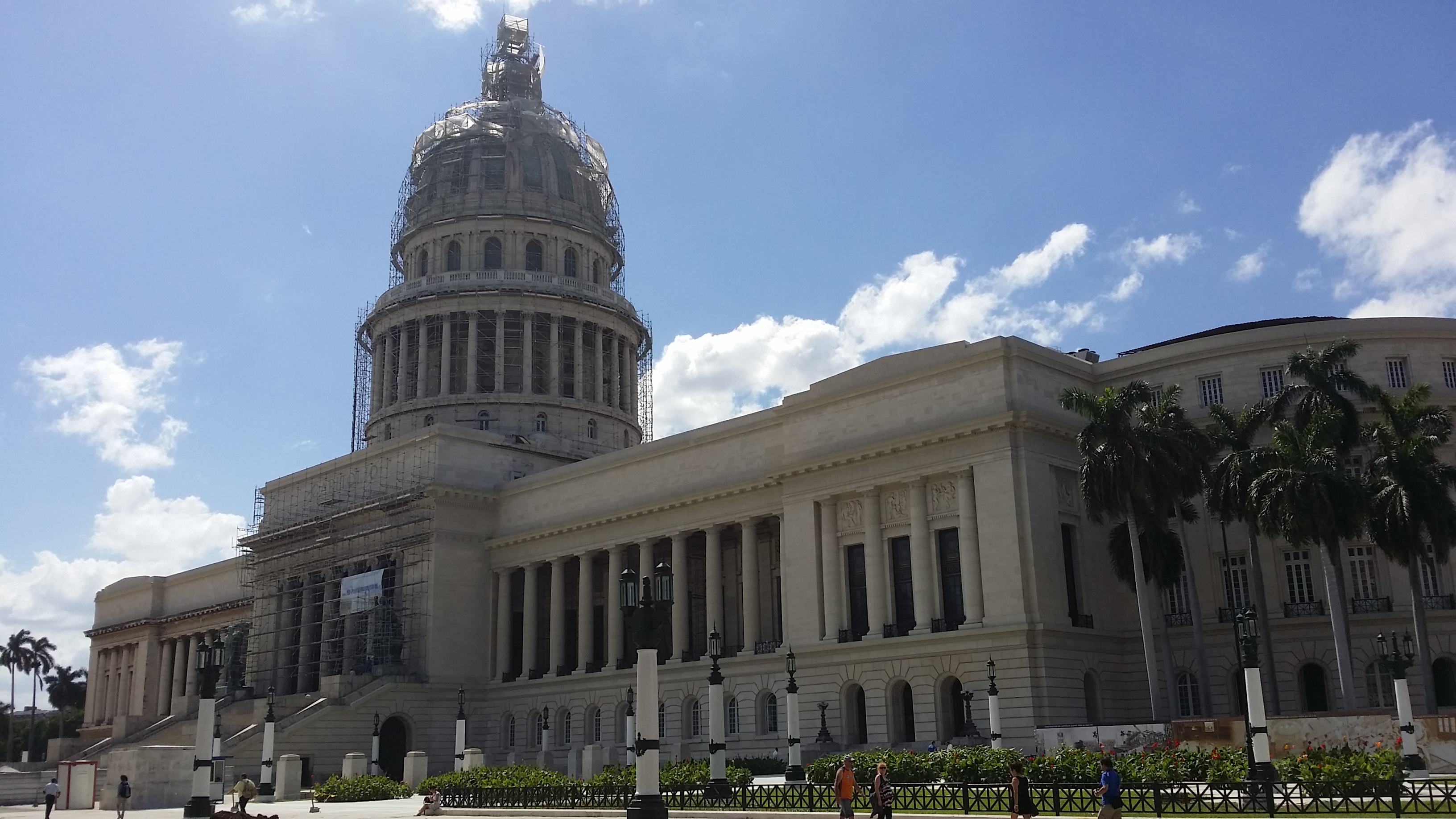 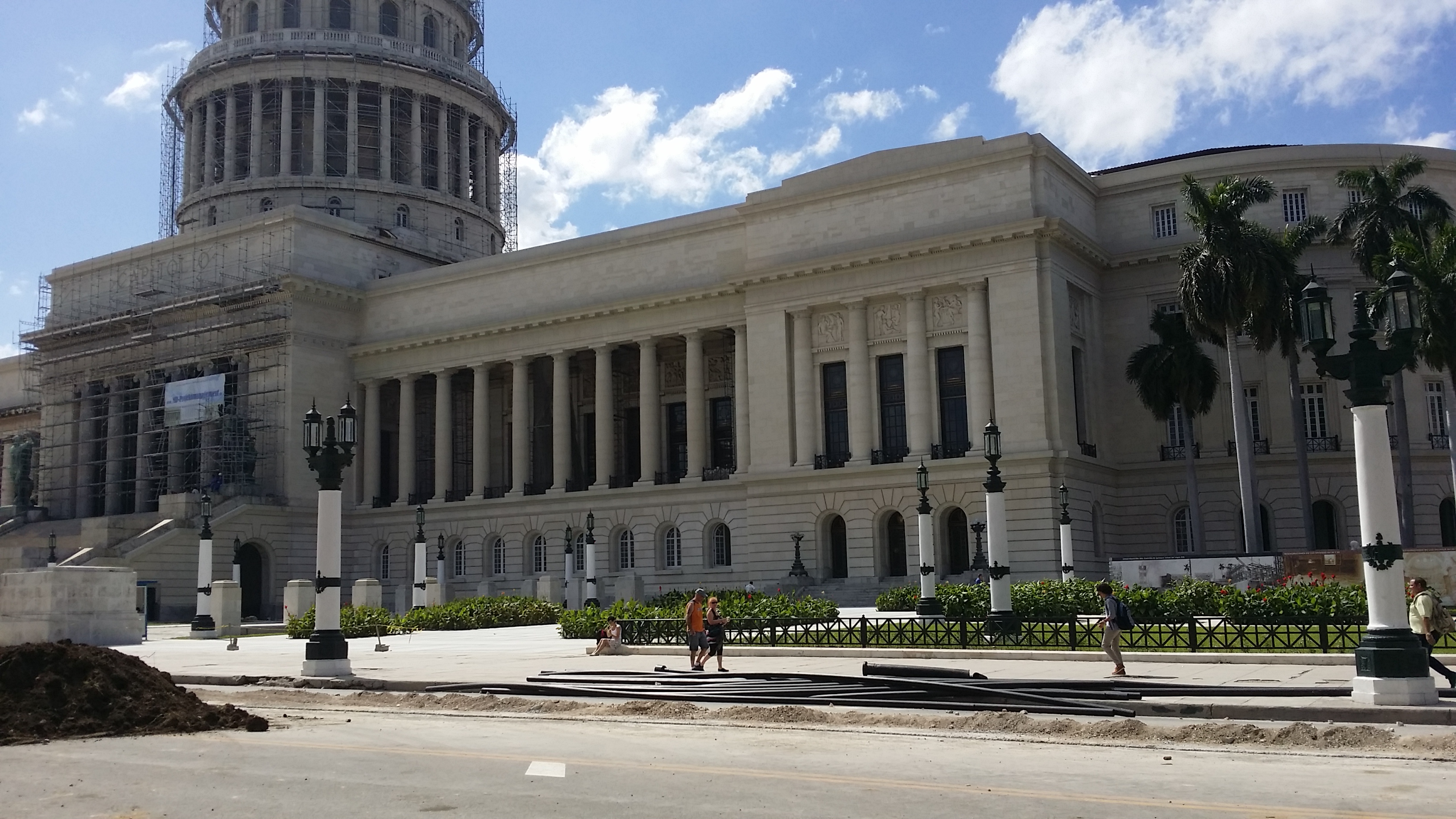 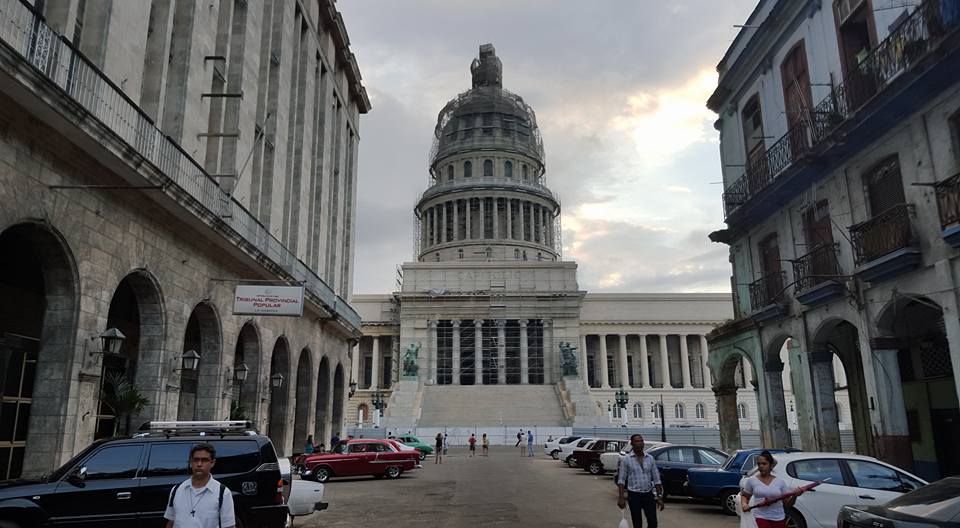 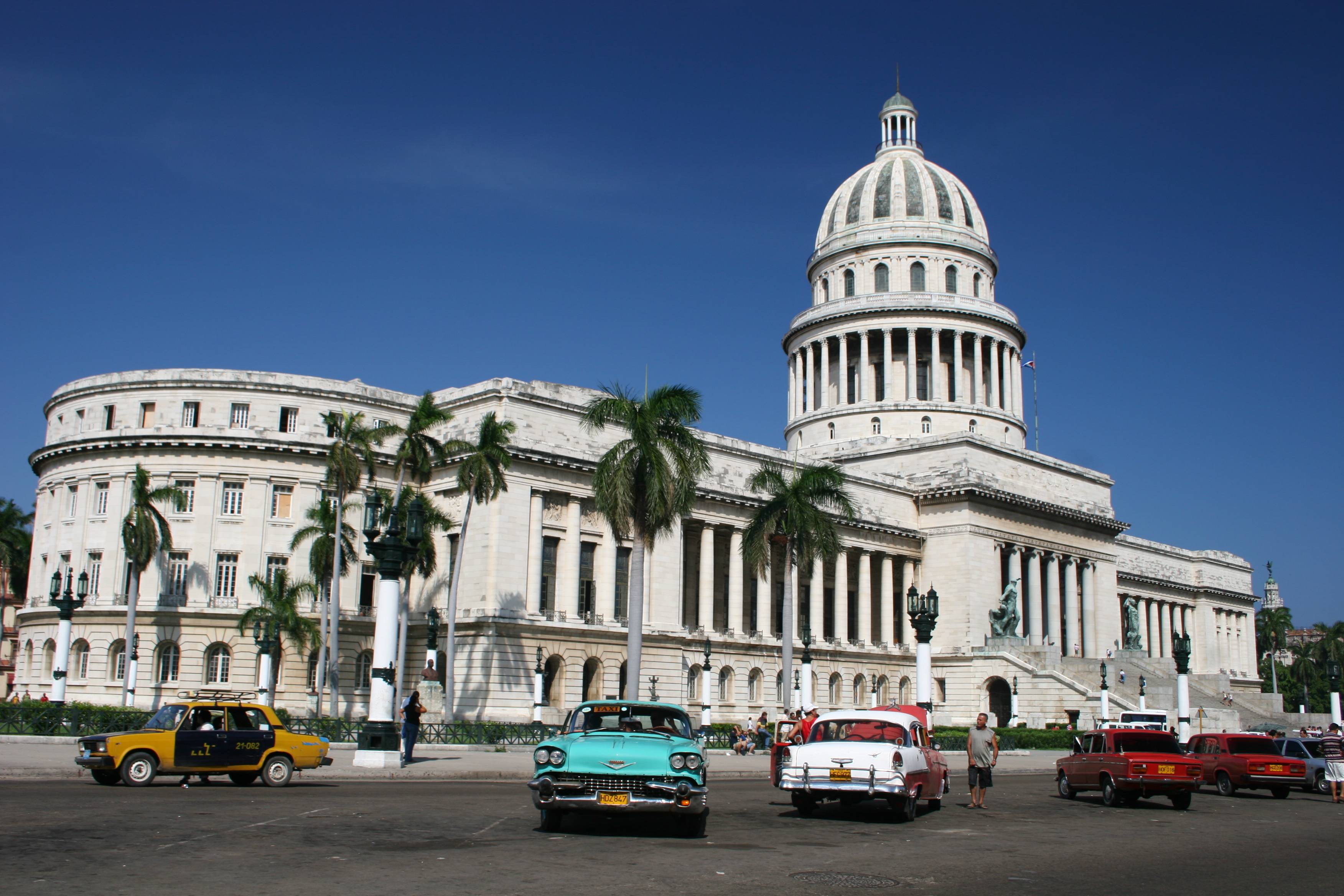 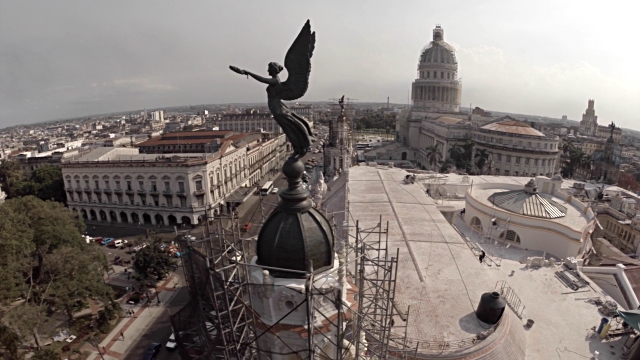 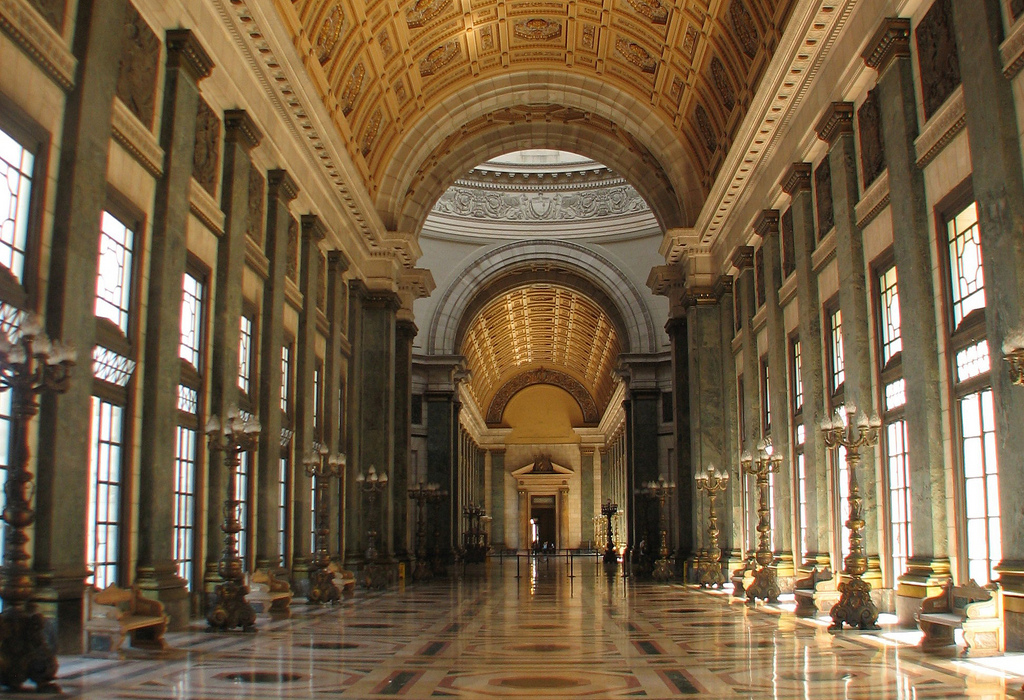 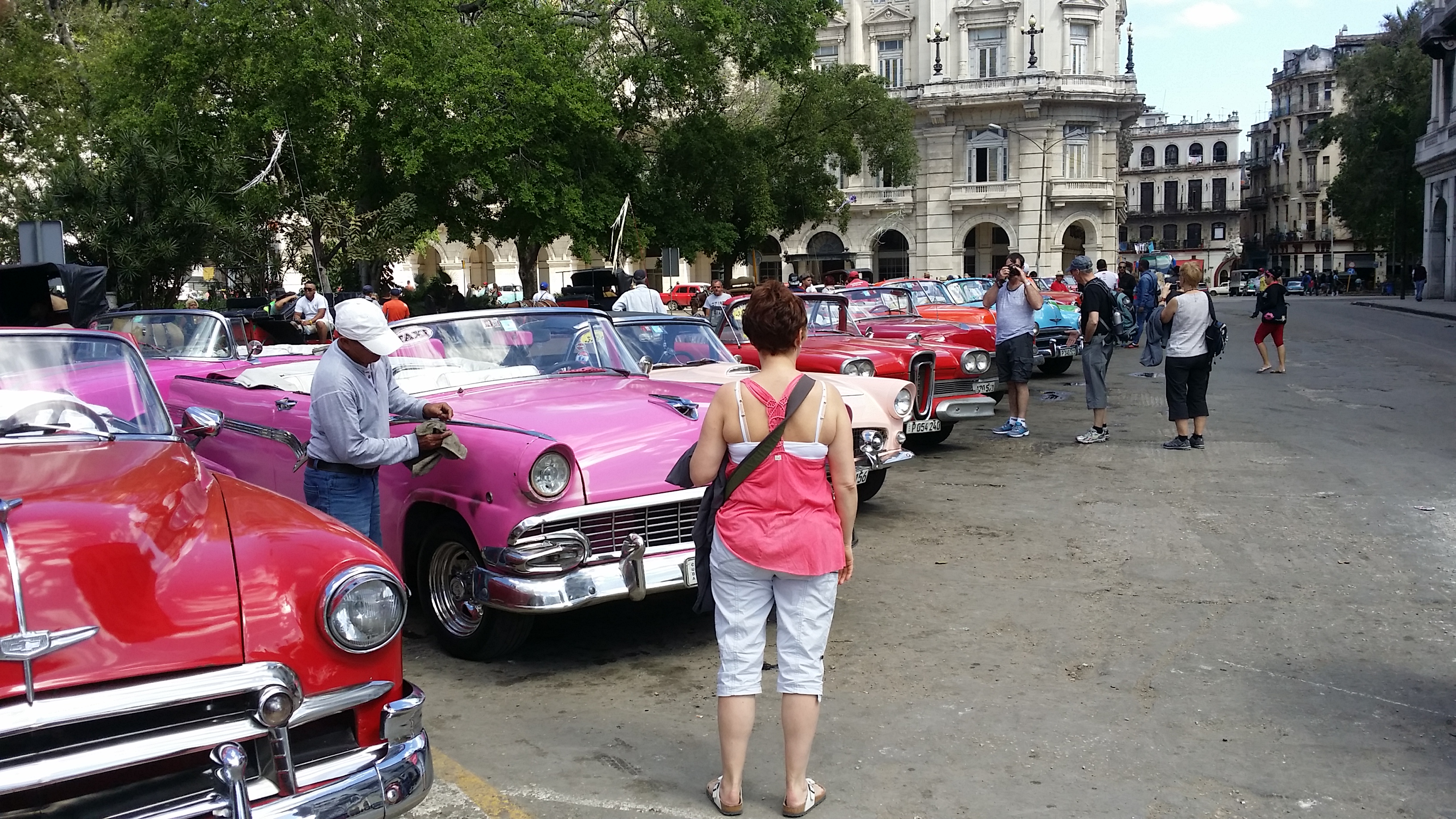 The project began on April 1926, during the Gerarldo Machado administration. Construction was overseen by the U.S. firm of Purdy and Henderson. Prior to the Cuban Revolution of 1959, the Cuban Congress was housed in the building. When the Congress was abolished and disbanded following the Cuban Revolution in 1959, the building lost its purpose as the House of the People. Later it ended up as the headquarters of the Ministry of Science, Technology and the Environment.

As of 2013, the Government of  Cuba is restoring the building for use once again as the home of Cuba’s National Assembly.

According to its designer, Rayneri the inspiration for the cupola came from the Panthéon in Paris.

The cupola, which is stone clad around a steel frame which was constructed in the United States and imported to Cuba, is set forward on the building to allow for some large rooms at the rear, including what is now theNational Library of Science and Technology. In the original design the dome was to be decorated with stylised palm leaves but this addition was never executed. At almost 92 m (302 ft) high, the dome was the highest point in the city of Havana until the 1950s (this honour now belongs to the José Martí Memorial). It was the third highest cupola in the world at the time of its construction.

Around the building are gardens laid out by French landscape architect and designer Jean-Claude Nicolas Forestier at the time of the original construction. Based on the designs of some of the beautiful simple European gardens they consist of areas of lawn bordered by paths and highlighted by palms. Four groups of Royal Palms accent the design.

The 55 steps leading to the main entrance, known as La Escalinata are flanked on either side by 6.5 m (21 ft) statues by the Italian artist Angelo Zanelli. To the left is Work (El Trabajo) and to the right The Tutelary Virtue (La Virtud Tutelar). The steps lead up to the central portico, which is 36 m (118 ft) wide and more than 16 m (52 1⁄2 ft) tall. There are 12 granite Roman style columns arranged in two rows and each over 14 m (46 ft) tall. Beyond the portico, three large bronze doors with bas-reliefs by Zanelli allow access to the main hall.

To either side of the main hall is the Salón de Pasos Perdidos (Hall of Lost Steps), named for its acoustic properties.

The inside of the main hall under the cupola is dominated by the huge Statue of the Republic (La Estatua de la República). The statue, also by Zanelli, was cast in bronze in Rome in three pieces and assembled inside the building after its arrival in Cuba. It is covered with 22 carat (92%) gold leaf and weighs 49 tons. At 15 m (49 1⁄4 ft) tall, it was the second highest statue under cover in the world at the time, with only the Great Buddha of Nara being taller. The statue stands on a plinth 2.5 m (8 1⁄4 ft) high bringing the total height to 17.54 m (57 1⁄2 ft). A Creole Cuban,Lily Valty served as the model for the body for Zanelli, and the inspiration for the statue came from Athena, the Greek goddess of wisdom.

Embedded in the floor in the centre of the main hall is a replica 25 carat (5 g) diamond, which marks Kilometre Zero for Cuba. The original diamond, said to have belonged to Tsar Nicholas II of Russia and have been sold to the Cuban state by a Turkish merchant, was stolen on 25 March 1946 and mysteriously returned to the President, Ramón Grau San Martín, on 2 June 1946. To either side of the main hall is the Salón de Pasos Perdidos (Hall of Lost Steps), named for its acoustic properties. These halls, with inlaid marble floors and gilded lamps, lead to the two semicircular chambers that formerly housed the Parliament and Chamber of Deputies. The Parliament chamber to the right of building is backed on to by the President’s office which has a door opening directly onto the dais.

A range of different lamps are seen throughout the building. These were all designed specifically for the building by Cuban designers and the majority of them manufactured in France.

In the centre of the building are two patios which provide light and ventilation for the offices of first (ground), third and fourth floors. The north patio features another statue The Rebellious Angel (El Ángel Rebelde) which was donated to the building after the inauguration. There is a small fifth floor, and a sixth floor which gives access only to part of the cupola.