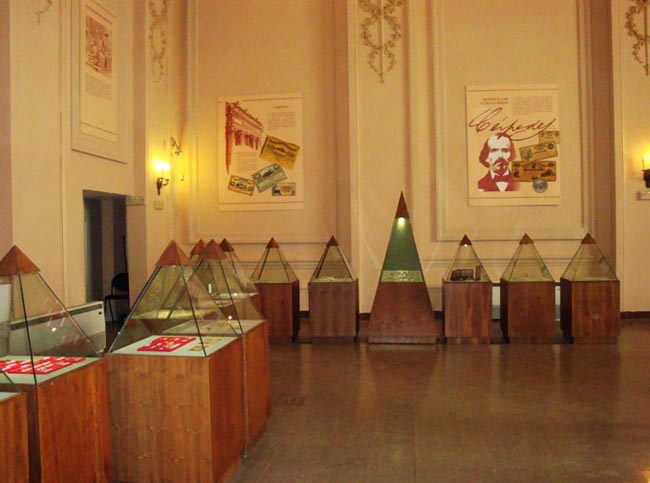 The valued of the collection of this  beautiful and important museum in Cuba is approx 50 million dollars, the museum’s collections feature medals, coins, and banknotes from around the world, including an early 20 peso coin, the only one still existing of the ten produced. The museum is housed in the former Banco Mendoza built in the early 20th century. The building itself is a notable construction, a wonderful example of the heritage of Modern Havana.